At Institute of Jazz Studies, an Intimate Look at Count Basie 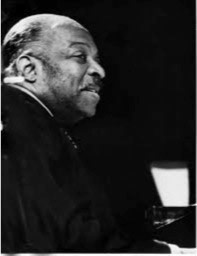 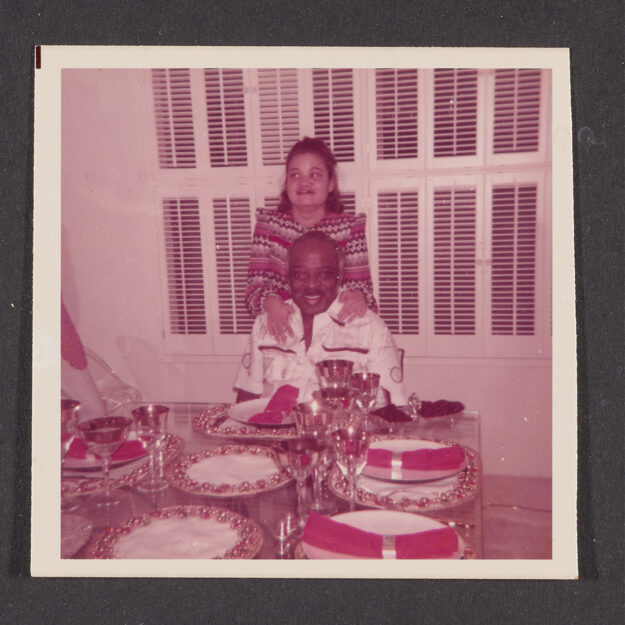 It is with a heavy heart that we share the news of the passing of Diane Lillian Basie (1944-2022), the beloved only child of the legendary jazz musician, William James “Count” Basie and his wife, Catherine Morgan Basie. Diane died peacefully on October 15 after suffering a heart attack a few days before. Despite being born with cerebral palsy, Diane surpassed expectations due to the excellent love and support she received from her parents, family, friends, and caretakers — and her indomitable spirit.  Services will be private.

Grammy Nominated for ‘Live At Birdland’ 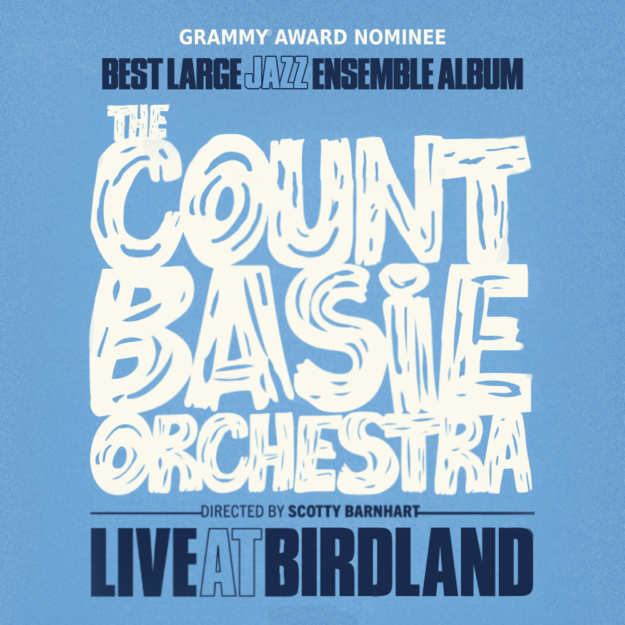 Thank you to the voting members of The Recording Academy and a huge CONGRATULATIONS to all of the musicians and associates of The Count Basie Orchestra for our GRAMMY nomination today. It’s in the Best Large Jazz Ensemble category for our newest release, Live At Birdland. It’s a huge thrill for all of us and we look forward to being there in January at the ceremony.

The CBO Performs in Oakland on Nov 15th 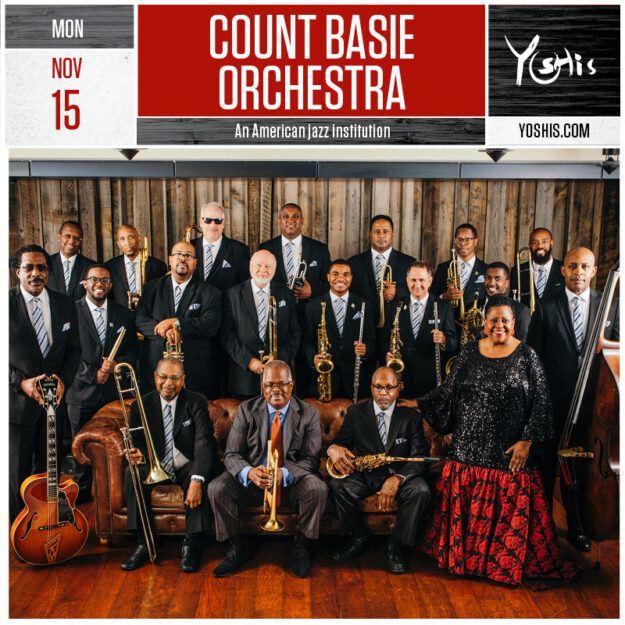 Candid Records is pleased to announce the release of LIVE AT BIRDLAND by the legendary Count Basie Orchestra under the direction of Scotty Barnhart on September 17, 2021. The two-album set was recorded “live” at the iconic jazz club which Basie called his musical home in January of 2020 and features seasoned veterans including vocalist Carmen Bradford and trombonist Clarence Bank and emerging voices honoring their fabled and celebrated tradition.

In the summer of 1961 The Count Basie Band played Birdland and a live recording from two of those nights, Basie at Birdland! has been called simply the best live recording of a big band ever. Almost 60 years later, they would return to Birdland to once again record a live record. Those four nights in January 2020 would prove to be fateful as this country and the entire world would fall prey to a global pandemic shortly thereafter and virtually all live music performances would cease for the next year and a half. However, none of these coming challenges were on anyone’s mind as the crowds poured into Birdland that week. The results of those performances find the current band at its peak and mark the latest recording, a two-album set Live at Birdland on the Candid Records label.

“Every year or so that we have played Birdland, I knew the orchestra needed to record there again,” states Scotty Barnhart, who took over the baton as leader 8 years ago. “The 1961 recording is such an important documentation of the orchestra at that point, which was Basie’s 25th year as leader. All of the elements of deep swing, precision, dynamic excitement and outstanding soloists were there. Those elements are still with us today which is the main reason I wanted to capture it live just as in 1961. I made arrangements to get it all done and ended up producing it. There are no overdubs and what you hear is exactly what was played. I think Mr. Basie would be proud to know that his orchestra is still the swingingest and most explosive force in Jazz today.”

The music provides much to explore, analyze, and admire. Mention could be made of how pianist Glen Pearson somehow seems to pair his Powellesque lines with Basie”s uncanny sense of space, and hip, spare voicings; how seamlessly tight the band sounds; how effortlessly it swings at any tempo; and how each soloist makes an individual and meaningful statement. Two of the members of the current incarnation were chosen by Basie himself and many others are long time members. Vocalist Carmen Bradford (1983) and trombonist Clarence Banks (1984) were hired by Basie himself. Carmen left around 1991 and has since joins often as a regular vocalist when she has space in her solo career. Clarence has been there steadily since 1984. “They both are wonderful musicians who have been instrumental in helping us to maintain the highest levels of performance that Basie began in 1935,” states Barnhart. “I’m fortunate to have such a great and dedicated group of musicians who understand each chair where they are sitting and also understand the importance and innovative history of Mr. Basie. “

The repertoire chosen for the double set features Basie gems and also some new songs. Carmen Bradford conveys love and longing on “Only the Young” and swings her way through “Honeysuckle Rose.” Scotty Barnhart puts both his arranging skills and virtuosity on full display on “I Can’t Give You Anything but Love” and “There Will Never Be Another You.” On “Moten Swing,” his solo is so soulful and so swinging that by the time he finishes his statement you’re too busy to notice just how technically difficult it is. The track “Four Five Six” begins with an extended piano solo and shows the band still has the swingingest rhythm section in the world. This Frank Foster original wasn’t written with an extended piano solo out front but Scotty put it there because of how well it sets up the tune. “This is classic Basie on the blues, Scotty remarks. “Unmistakable. It’s swingin’ so hard that even before the full orchestra enters, the crowd is already clapping along and shouting feel good comments. This is what great Jazz is about – making people feel good. This is the reaction we get every time we play and it’s especially magnetic during the top of the last chorus of the tenor sax solo by Doug Lawrence. That track defines the recording for me. It’s the blues, features several soloists and grows in excitement each chorus until the end.”

Pianist and bandleader William James “Count” Basie was and still is an American institution that personifies the grandeur and excellence of Jazz. The Count Basie Orchestra, today directed by Scotty Barnhart, has won every respected jazz poll in the world at least once, won 18 Grammy Awards, performed for Kings, Queens, and other world Royalty, appeared in several movies, television shows, at every major jazz festival and major concert hall in the world.

To celebrate the release of LIVE AT BIRDLAND, THE COUNT BASIE ORCHESTRA returns to the iconic club SEPT. 14 – 18, 2021.

For tickets and more information go to Here 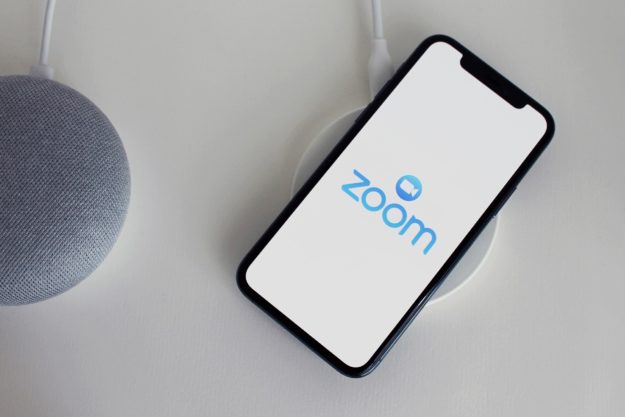 Here is the link below to join us on Sunday, April 26, at 8pm EST for the discussion and celebration of the legacy of Count Basie and the 85th Anniversary of The Count Basie Orchestra. Joining me on the panel will be former and current CBO musicians including Butch Miles, Charles J. Miles Carmen Bradford, Harold Jones, James Leary, Clarence Banks, Dennis Rowland, members of the Jazz press, along with our management and legal team. It will be a fascinating and revealing look into the musical life of Count Basie by those who worked with him and a great discussion on the continuing legacy of The Count Basie Orchestra, which for the last seven years, has been directed by yours truly.

Don’t miss it!! You can ask any of us questions musical or even trivial and we’ll look forward to our first Zoom session on Count Basie.

When: Apr 26, 2020 08:00 PM Eastern Time (US and Canada)
Topic: 8 p.m. (EDT), Jazz is Love: Celebrating the legacy of Count Basie and the 85th Anniversary of The Count Basie Orchestra, a discussion hosted by Scotty Barnhart.