Count Basie was able to get many of the greatest instrumentalists and vocalists in jazz to be a part of his orchestra, including Billie Holiday, Lester Young, Sweets Edison, Joe Jones, Joe Williams, Snooky Young, Frank Foster, Thad Jones, Frank Wess, and Clark Terry amongst others.

The orchestra has played many times for Kings, Queens, and other members of Royalty around the world. Appeared in movies, television shows, tv and radio commercials,  won every respected jazz poll in the world at least once, and has 18 Grammy Awards, the most for any orchestra.

Today, under the leadership of it’s Director, Scotty Barnhart, The Count Basie Orchestra is traveling the world and continuing the excellent standards in swinging and shouting the blues with precision, and continuing to be “The Most Explosive Force In Jazz”.

Join us on Sunday, April 26, at 8pm EST for the discussion and celebration of the legacy of Count Basie and the 85th Anniversary of The Count Basie Orchestra. Joining me on the panel will be former and current CBO musicians including Butch Miles, Charles J. Miles Carmen Bradford, Harold Jones, James Leary, Clarence Banks, Dennis Rowland, members of the Jazz press, along with our management and legal team. It will be a fascinating and revealing look into the musical life of Count Basie by those who worked with him and a great discussion on the continuing legacy of The Count Basie Orchestra, which for the last seven years, has been directed by yours truly. 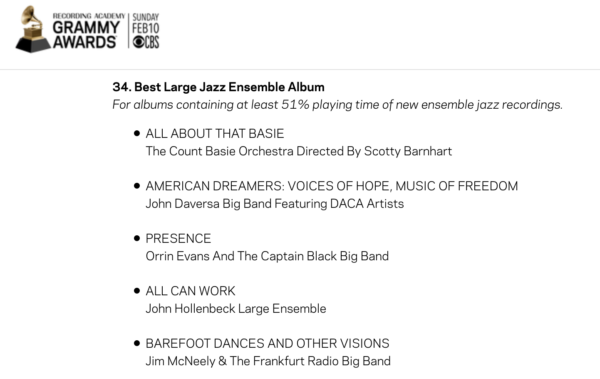 “Part of the appeal of The Count Basie Orchestra is its dynamics. Its containment of power, as the band’s sections blend a broad spectrum of harmonization until its full strength is realized, never fails to fulfill audience expectations” Arstash 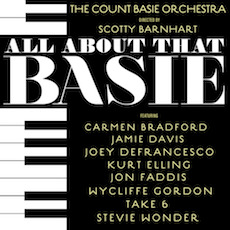 What the critics say…

“…tradition served up with unassuming style.”– The New York Times

“Thirty years after its bandleader’s passing, The Count Basie Orchestra has continued to make music without any sign of slowing down…a fabulous piece of music…” – Music Whatever’s annual Christmas wrap-up

William ‘Count’ Basie inducted into the American Jazz Walk of Fame at The 18th and Vine St. Museum

The inaugural celebration of Count Basie in the American Jazz Walk of Fame took place in Kansas City, MO on August 23rd 2014. The plaque unveiling was followed by The Legendary Count Basie Orchestra performing to a sell-out audience at the Gem Theatre

Count Basie, who died 30 years ago, was born on August 21 1904. The big band star remains one of the most important figures in jazz.